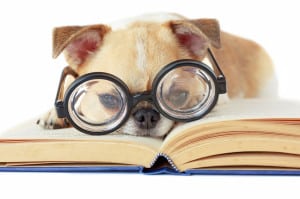 Also known as “lazy eye,” Amblyopia is a common condition typically developing from ages zero to seven. A lazy eye is caused by the reduced vision in one eye, causing the affected eye to wander either inward or outward. It is estimated that 10 million eyes are affected by Amblyopia in the United States alone.

Although it isn’t impossible, Amblyopia rarely occurs in both eyes. So you may ask yourself, “Is this condition treatable?” The answer is yes! The doctors at Utah Eye Centers offer treatment options for Amblyopia in the form of glasses, contact lenses or patch therapy.

Symptoms of Amblyopia are most commonly distinguished by the appearance of the lazy eye, which turns either inward or outward. Symptoms also include but are not limited to:

A few things can cause lazy eye, and they’re all pretty common.

If your vision or your child’s vision is blurred, it can make their eyes cross, leading to lazy eyes. In addition, if you have astigmatism (when your cornea has a bumpy surface) or if your child has an eye infection or inflammation that causes the shape of their cornea to change, this can also cause the eyes to cross and lead to lazy eyes.

Eyes that turn out (turning in is normal), can also result in a lazy eye. The brain is used to seeing the world from one perspective—it’s confused when both eyes send different images. So if one eye sends an image and the other doesn’t, it will ignore the input from the weaker eye.

How does it affect the eyes?

A person experiencing Amblyopia will experience unclear, blurred images from the lazy eye. The receptors in the brain will block the blurry image and focus on the clear image sent by the stronger eye.

The eye experiencing Amblyopia generally tends to weaken over time thus resulting in blindness or near blindness in the eye.

Being that Amblyopia most commonly occurs in adolescence, it is essential one be diagnosed and treated as early as possible to prevent the progression of the disorder.

Amblyopia can have long-lasting effects, so early detection is vital.

Although Amblyopia does not cause pain, It can lead to blindness in that eye. One dealing with this disorder would benefit from early diagnosis as this is a progressive disorder that could cost one their eye’s sight all in all.

For more than 18 years, the doctors at Utah Eye Center have worked with patients to correct common and not-so-common eye disorders. Schedule a consultation today and begin the journey toward better sight! Call us today at 801-476-0494